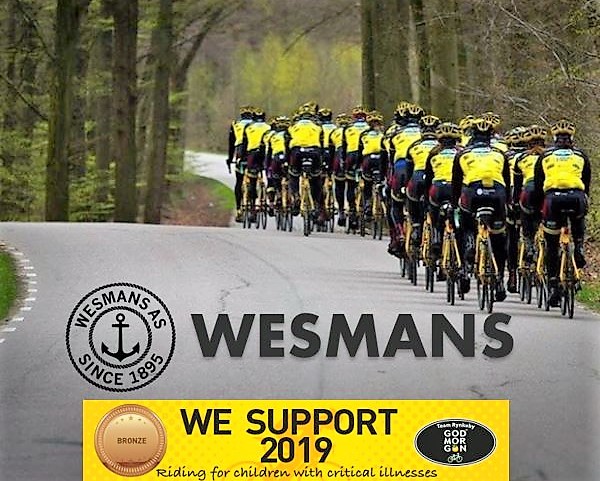 Team Rynkeby is a Nordic charity cycling team. Every summer the team now consisting of 2,100 cyclists and 500 volunteers from seven countries cycle to Paris to raise money for seriously ill children. In 2018 Team Rynkeby donated EUR 9.4 million to organizations that help children with critical illnesses.

It was no coincidence that Wesmans chose the sponsor Team Rynkeby 2019. With one of our own surveyors Emil Eriksson being one of the cyclists this year, it was an easy decision to sponsor the fine cause of Team Rynkeby.

We wish Emil and his team the best of luck in raising the donations for 2019, exceeding the excellent figures of 2018.